Gregor Turk was commissioned to create five sets of vinyl images for the stairwell windows at Atlanta’s Zone 3 Police Precinct through the Office of Cultural Affairs Public Art Program. The surrounding Perkerson neighborhood in south Atlanta was once known as a center for hospitality, shopping, and entertainment including the city’s premier Lakewood Fairgrounds. Utilizing historical and contemporary photographs of the landscape and people en masse, Turk seeks to reinforce the concept of community coalescence in the images incorporated into the building as the neighborhood undergoes redevelopment. 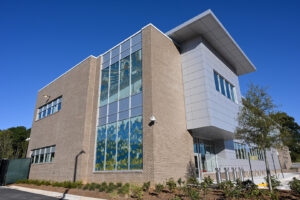 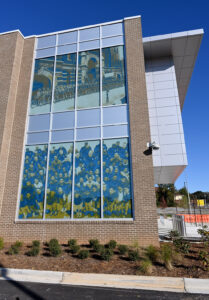 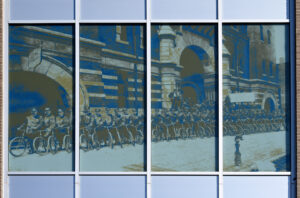 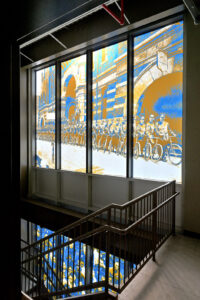 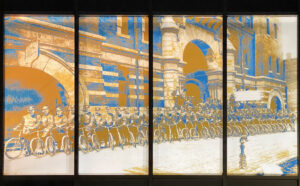 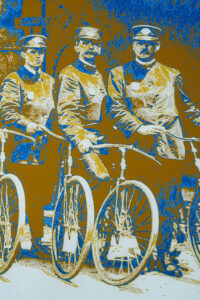 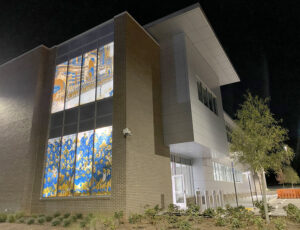 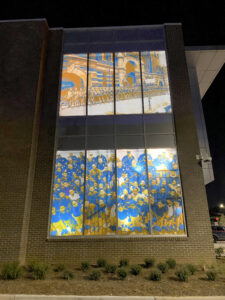 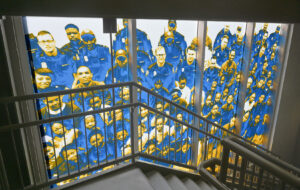 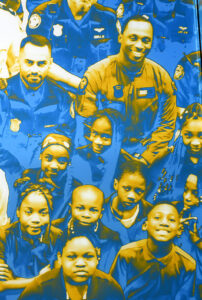 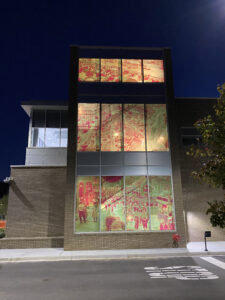 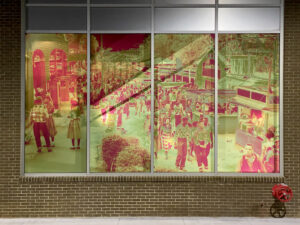 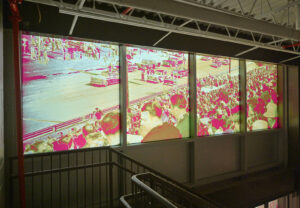 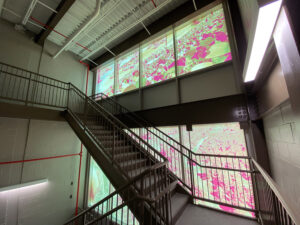 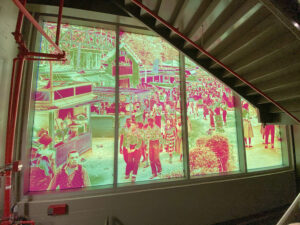 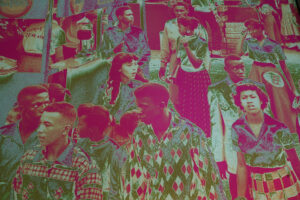 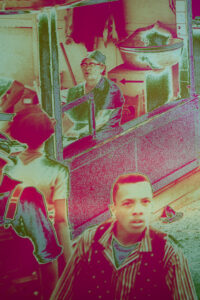 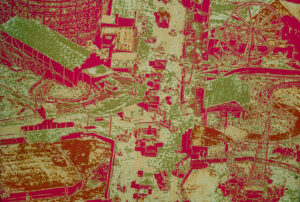 Top Floor- Atlanta Police Department Bicycle Squad in front Police Headquarters, 1907
Image from unknown photographer from the collection of Kenneth Rogers and used with permission from The Kenan Research Center at the Atlanta History Center.

Middle Floor- Aerial View of Lakewood Fairground, 1946
Image from unknown photographer from the collection of Kenneth Rogers and with used with permission from The Kenan Research Center at the Atlanta History Center.

“The resort area that would come to be known as Lakewood Park opened in 1893. In 1915 it began hosting the Southeastern Fair and in 1938, Lakewood Speedway was built on the property. The Southeastern Fair was discontinued in 1975, and Lakewood Speedway ceased stock car racing in 1979. In the 1980’s it became home to a motion picture complex, an antique flea market, and an amphitheater.” – Atlanta History Center