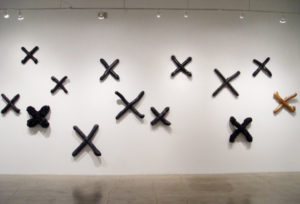 Triumph. It’s certainly not what commuters are celebrating in bumper-to-bumper traffic. Yet that’s exactly the sentiment artist Gregor Turk has assigned to a section of I-85 in “Metronesian Tectonics.” The large-scale arrangement traces the interstates in and around metro Atlanta with vintage car plaques: Intrigue, Nomad, Venture, Odyssey. I-75, I-85, I-285. Manifest Destiny, meet gridlock.

“For the American market, we and Madison Avenue tend to romanticize certain themes, and place names have always been popular because they conjure a specific image,” Turk says.

In his current MOCA GA exhibit, Terminal Velocity, Turk, who’s made an entire career of his fixation with maps, considers notions of place and the significance of intersections. Turk is a 2011/2012 Working Artist Project recipient, an annual award by the museum supported by the Loridans Foundation and the NEA that includes a hefty grant, an assistant, and an exhibit. An Atlanta native, Turk has watched over the last five decades as car culture has consumed the city. “I grew up here, and being from here and watching the interstate grow from two lanes to what it is now … it’s been pretty remarkable,” he says. “This whole idea of mobility and place — I think that our culture is more driven that way, of always saying where we are, and marking where we are.”

“Metronesian Tectonics” is part of the Metronesia Series, three takes on the same outline of metro Atlanta’s interstate system: one with vintage car plaques, one of rubber-wrapped wood, and another constructed of cut leaves. Each display bears a striking resemblance to a heart or lung. It’s a fitting visual metaphor for the lifelines that the city’s major roads have become, especially as the region readies to vote on a 1 percent sales tax measure that, if approved, will raise billions of dollars for new roads and transit.

Four works comprise the Monument Series, a playful reaction to Atlanta’s disregard for landmarks. “The Aggrandizer” slumps over in a far corner, as though Atlanta’s inferiority complex has materialized into a flaccid obelisk. A bicycle pump sits nearby to deliver an ego boost. Turk sourced the wood for the Fetish Series from sites with emotional significance to him: a hiking trail where a friend died, the woods around his house. “These are a more personal examination of an intersection of a very specific place,” Turk says. Fourteen of the series’ 15 wood Xs are wrapped in rubber, and some have been impaled with flooring nails. The fetishes range from the succulent and sexual to religious to violent. Overall, they create the feeling of having stumbled upon a cache of prehistoric relics.

The Interchange Installation takes up the gallery’s far wall with graphic abstractions of the city’s nine major interstate intersections. Flayed black rubber inner tubes girdle hunks of wood in a display of geometry that displaces any literal notions of Atlanta’s streetscapes. “To me this piece is much more meditative or contemplative,” Turk says. “It’s boiling Atlanta down to its quintessential points.” 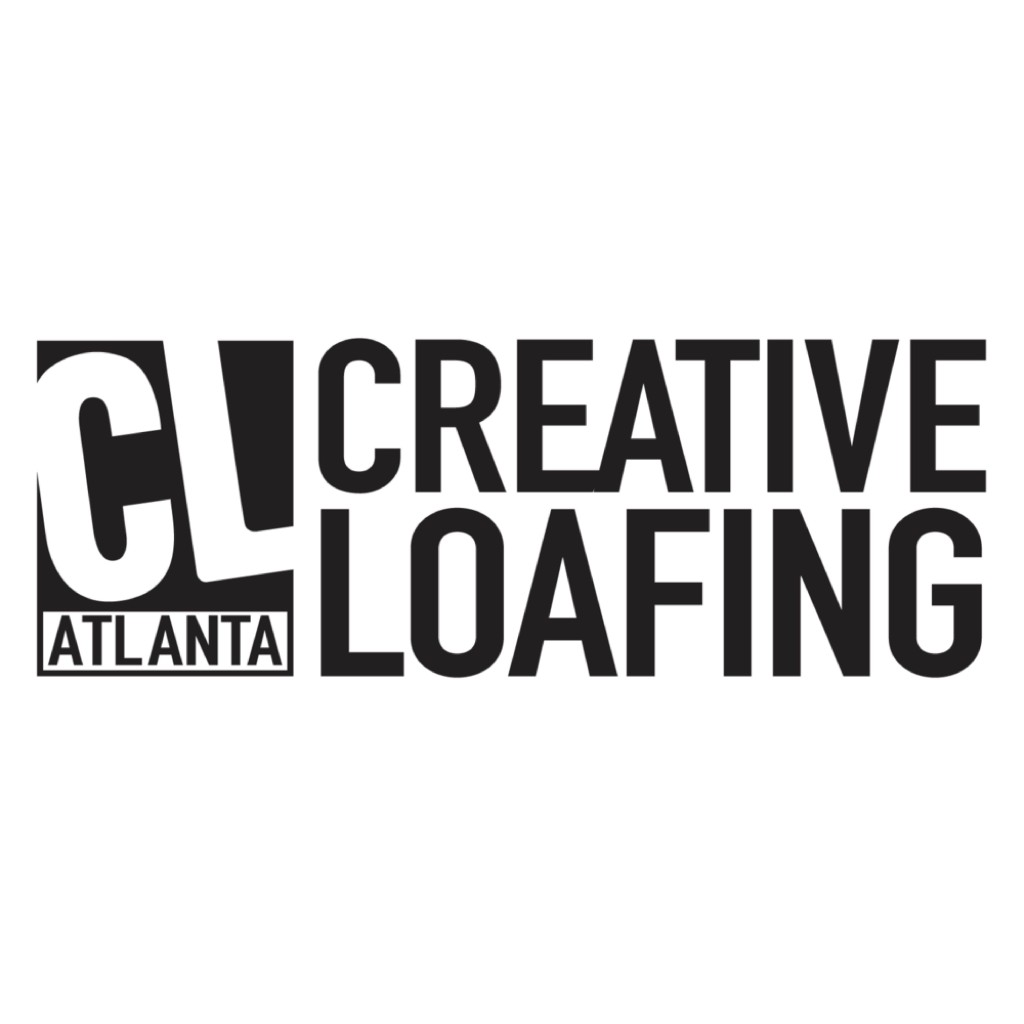