For 1,270 miles (2,043 km.) a section of the U.S./Canadian border is formed by the 49th parallel. A 20-foot (6 meter) wide clear-cut (or “vista”) demarcates the line along with 912 survey markers. As the world’s longest straight international boundary, this section of the border runs from the Lake of the Woods (Minnesota/Manitoba) to the waters of the Pacific (Washington/British Columbia). In 1992, I traveled by foot and bicycle along and nearby the course of this line. As a result of my travels, a substantial body of artwork and a documentary video were produced.

To see the documentary visit 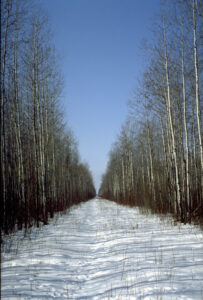 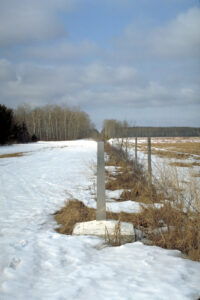 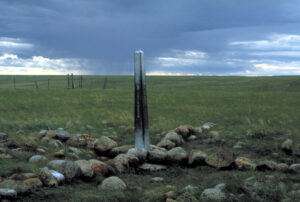 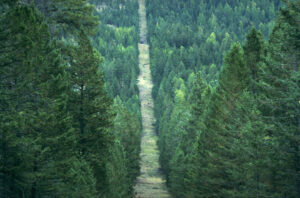 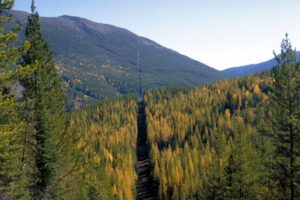 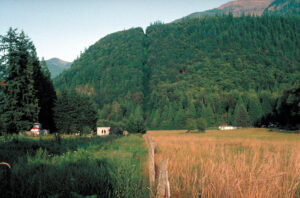 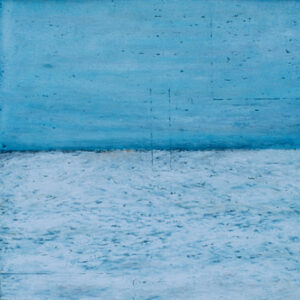 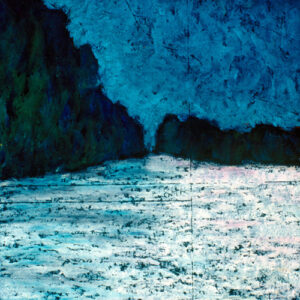 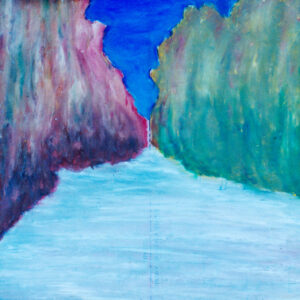 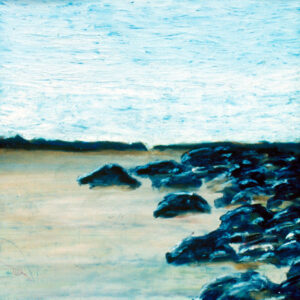 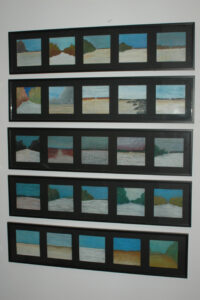 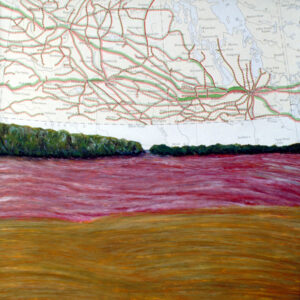 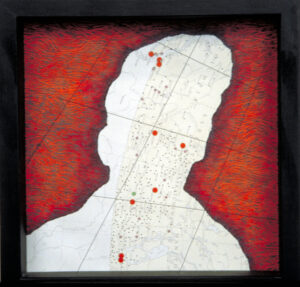 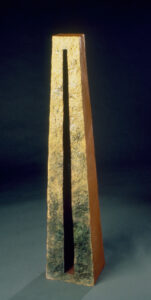 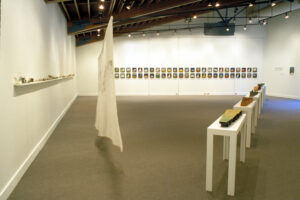 Thirty years ago, on the vernal equinox (March 20, 1992), I set out from the Lake of the Woods on the Manitoba/Minnesota border and hiked 80 miles due west along the 49th parallel which serves to define a section of the U.S./Canadian border. The week involved trekking across the expansive but strategically frozen Great Roseau Swamp and camping in deep snow with temperatures hitting -5 Fahrenheit.  On the summer solstice I resume my expedition, this time on bicycle, and travelled along and adjacent to the border over the next 3 months until I reached the waters of the Pacific- 5 states and 4 provinces later.  The section of the border along the 49th parallel runs 1,270 miles.  The International Boundary Commission, a joint US/Canadian commission, maintains a 20-foot-wide “vista” or clear-cut along with 912 boundary markers used to accurately demarcate the border.

During my travels of 1,800 miles on bike and 250 miles on foot, I interviewed individuals affected by the border including merchants, customs agents, wildlife researchers, and people whose tribal land is divided by the border; and took lots of photographs, videos, and notes.  Over the next 3 years I produced a large body of drawings, paintings, and sculpture that addressed mapping concepts and conveyed my experiences along the border.  Exhibitions took place in museums, galleries, and cultural institutions in both countries. Additionally, I produced a documentary video broadcast on public television which was also shown alongside the exhibitions. Traveling in and through the boundary vista rather than across or bisecting it, the project was entitled the 49th Parallel: Barrier as Corridor and was awarded inclusion in the Cultural Olympiad leading up to the 1996 Olympic Games in Atlanta.

Boundaries and mapping had long been an interest of mine, if not an obsession. The 49th parallel stood out not only because it is the world’s longest straight border but also because of the inherent absurdity of diplomats arbitrarily drawing a line on a map and then having the landscape physically altered to fit the map. In reality, the border is not straight but a series of 912 straight lines.   The demarcated vista and subsequent corridor is a landscape with which I could identify— conceptually and metaphorically.

As an American, Southerner, and Georgian, my identity is in part defined by abstract lines drawn on a map (the 49th parallel, the Mason-Dixon line and 35th parallel respectively).  The visual work I create primarily incorporates mapping imagery and cultural signage.  Utilizing a variety of media, I tend to focus on the fundamental qualities of mapping: the mysteriousness, inherent biases, cultural authoritativeness, and ability to simultaneously represent and distort reality. The 49th Parallel Project informed my later work including the 2004 installation found at Gates E33 – E36 of this concourse.  There, an 86-foot-long strip map of the 30th – 35th parallels (roughly Georgia’s north and south borders) depicts an approximately 26,000-mile band around the world.

The 49th Parallel Project artwork: The Monumap Series serves to remap the border accentuating my biases as to how I encountered a section of the border (topography, weather conditions, difficulty of travel, state of mind, etc.)  Each trapezoid represents one degree, or approximately 60 miles, along the 49th parallel.  The shape references not only the obelisk survey markers (“monument”) but also the perspective inside the clear cut (“vista”).  My intent with the Monumaps is to create a dialogue about the border, often in its relation to the existing landscape and/or the map.  The title of each Monumap comes from a significant place or region name along that section.

In the March Series, each wax-oil and/or oil pastel drawing is extracted from photographs and notes taken during my journey during the first 80 miles in March, 1992.  Some drawings include the time, temperature, date, boundary marker number, and elevation embossed and then partially obliterated.  The name of the series is derived from the month of travel, manner of travel, and type of territory.

The color and composition of the Counting to 100 Series are derived in part by the palate and theme of the maps from a 1950’s Atlas of Canada upon which they are drawn.  The map, like the creation of the border itself precedes the altered or drawn landscape.  The wire grids further serve to restrain/contain the landscape.  Place names from the map upon are used as titles along with the number from the order they were drawn.  One hundred is the approximate number of days I spend along the border.